Most people travelling to Machu Picchu take the train; it is almost the only way to access Aguas Calientes (the gateway town just below the ruins) and as such the train companies have a monopoly on transport for tourists and charge accordingly. Luckily for us, during a pre-trip planning session we had stumbled across a travel blog named ‘Along Dusty Roads’ which detailed a full day’s walking route (28 ½ km) along the train tracks, starting just outside the town of Ollanytaytambo. It was a much cheaper option and a chance for a mini adventure. The night before our walk, we scoured the local shops for the following day’s lunch and some snacks. Unfortunately, there didn’t seem to be a great range on offer: crisps, biscuits, depressed-looking apples, some cereal bars that seemed to be mainly comprised of birdseed, and –much to our childish hilarity– stacks of tins of tuna bearing the brand name ‘Fanny’! After we got our laughter eventually under control, we opted for the first 4 items and headed to bed early – ready for our 5am start. 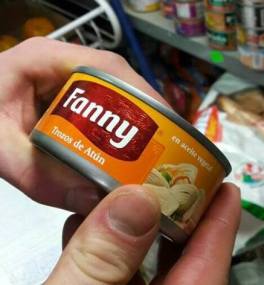 After snoozing the alarm several times (understandable at 4:15am) we hoisted our bags over our shoulders and walked briskly to Ollantaytambo’s small central plaza, keen to board the first colectivo minibus of the day to kilometre 82 where we’d start the arduous hike along the tracks. Within minutes we learnt from a taxi driver that colectivos no longer ran to this destination but, he could secure us a ticket on a private minibus to a drop-off point only 9km from Aguas Calientes, at a hydroelectric dam. Full of suspicion we hopped around the square and checked with other colectivo drivers, but he seemed to be telling the truth. ‘Along dusty roads’ had been written the year before, but we weren’t sure whether the buses still ran to kilometre 82 because 1) we were travelling out of season and maybe there wasn’t the demand for that route, and 2) maybe the train companies had upped their security and clamped down on access to the train tracks. Either way, we paid for two tickets to the dam and (annoyingly) discovered we had to wait till 11am for pick-up –it was currently 6am. Time to get the pack of playing cards out!

After a slight panic, due to the colectivo arriving almost 15 minutes late (I should’ve expected that –typical tropical timing) we were finally off and winding our way through the mountains. It was breath taking! Being the last passengers to be picked up Andy and I got the front 2 seats with the best view. Every time I caught sight of a bird shape in the sky, I either frantically craned my neck at odd angles or pushed my face against the glass to get a better view; we were in condor country and I was dying to see one. Usually I’m a terrible traveller –unless I’m the one driving or rowing I get terribly sick– but (oddly) I was absolutely fine. The same could not be said for Andy or the rest of the bus, nigh on everyone was severely green. I probably didn’t help with Andy’s condition when a vulture seemed to appear from nowhere and glided past us in line with the windows. It was a small black-bodied, red- faced vulture which identified it as a turkey vulture.  I didn’t care whether it was common for this continent or that it wasn’t a condor, I barely contained my excitement and bounced in my seat like a child high on blue smarties.

After an hour and a half of playing ‘21 questions to guess what I’m thinking of’ and periodically reminding Andy that we’d seen a vulture, we arrived at the dam. To our dismay we were surrounded by about 25 other colectivos full of tourists with the same idea: we’d have to start our walk at quite a pace to leave them behind. Yes, we were a bit of an unsociable pair but, one tends to see the best things without a rabble of unobservant morons dogging your steps. After one dead end and 20 minutes of speedy walking, we noticed a drop in the number of walkers (tourists not zombies, although looking at some of them it was a tad difficult to tell) and slowed our pace. We found ourselves walking through forests that grew just below the margin where the cloud forest began, it was gorgeous and there was so much to see. Bright green and yellow bromeliads grew high up in the canopy, orchids sprawled across hills; mosses, lichens and ferns covered every rock and tree, and infuriating birds called loudly but stayed just out of sight. Catching sight of the mountainous background through the trees was just as captivating. I only seemed to make it a few paces before I found something else to take a picture of. 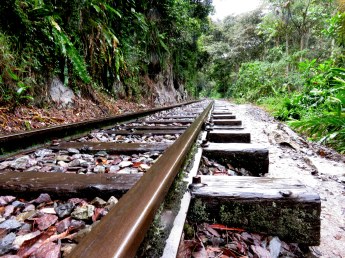 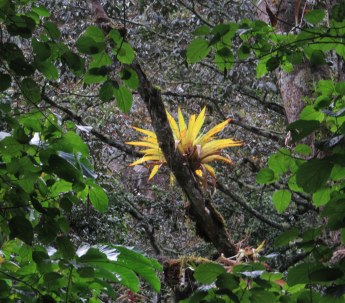 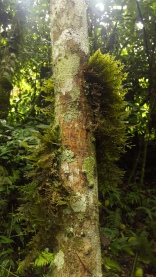 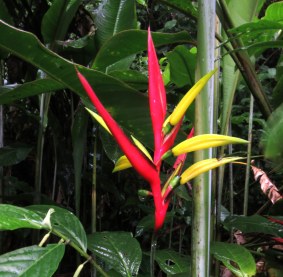 A few hours later we finally heard the approach of a train. The sound filled the valley and it seemed to take an age before it came into view. I swear it was the slowest train I’ve ever seen, a heavily pregnant sheep with asthma could’ve run faster than it was moving. When we had initially planned the full days’ walk, we were slightly apprehensive about the number of tunnels we’d have to walk through and hoped we wouldn’t get flattened by a train. Seeing the speed of it and hearing the racket it made, I think we would’ve been fine, unless of course I suddenly became momentarily deaf and got distracted by a bug. A little further along the tracks we eventually came to our first tunnel. It was quite short and we could easily see the other end of it. It wasn’t too hard to navigate through; I took the approach of mimicking a dressage horse by lifting my feet ridiculously high to avoid tripping over the tracks, although, when we reached the middle of the tunnel I couldn’t see my hand in front of my face. We survived another three tunnels before finally making it to the town of Aguas Calientes. Although we didn’t see a great amount of wildlife we did come across a snake skin, my first bug of the trip, a pair of cormorants in the river and a quick little yellow and grey bird who seemed to be making a nest.

As with the other towns I had visited in Peru so far, everything in Aguas, from the rubbish bins to the plant pots, was ornate. I’m sure Andy must’ve got tired of hearing me utter ‘Oooo look at that’ and point at yet another random object. The detail on many things was exquisite, I especially liked the repetition of the condor, puma and serpent imagery (the condor represents the heavens and is a messenger to the gods, the puma is the earth and the serpent symbolises the underworld). After the usual game of ‘find the hostel’ and –what was now starting to become an obsession– ‘find some alpaca for dinner,’ we headed to bed eager for our first view of one of the wonders of the world. 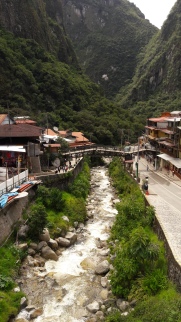 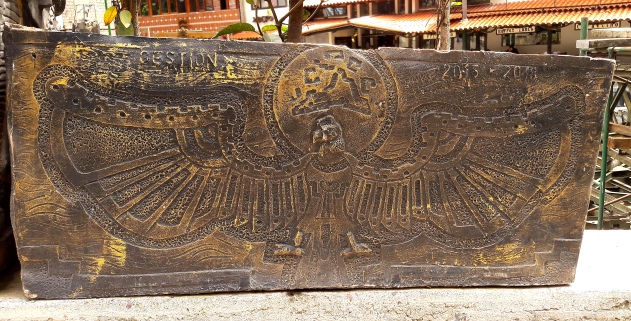 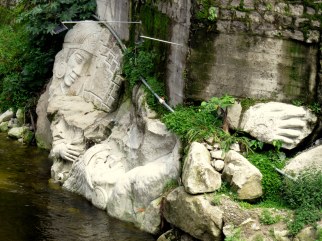 A trip to Peru wouldn’t be complete without visiting the Inca ruins of Machu Picchu and, though I couldn’t quite believe it, I found myself standing there and the place was mind-blowing. How they (the Incas) managed to quarry the rocks, let alone carry them to where they needed to be, was astounding; I was finding it tough just walking up some of the steps carrying a small backpack. To add to the complexity of what we were seeing, nearly everything had been laid down in the most perfect straight lines: I can barely draw one freehand! The views we had were amazing. Being December meant that we were visiting during the off-season and although there were still an impressive number of tourists we did –at some points– find ourselves wandering around by ourselves. Not being surrounded by other people also meant my biologist mode shifted up a gear to 80%. Obviously, I couldn’t go clambering across ruins just to chase after something I’d seen move slightly out of the corner of my eye, so Andy was at least saved from that. It always amazes me how people often don’t see anything other than that which is directly in front of them. The array of insects and plants we saw was fantastic. Even if I was crouched in the centre of the path, photographing something I saw, most people just walked by without the slightest bit of interest. Such a shame – for them. We saw approximately 14 different species of butterfly without intentionally looking for any. The best wildlife sighting of the day was declared a draw between us: Andy spotted a lizard sunning himself on an outer wall and I saw an American kestrel shooting through the heart of the main ruins. Both went unnoticed by anyone else.

We did, of course, also stare in wonder at Machu Picchu itself. At times when there were few people around we just plonked down and looked at it, marvelling and wondering how the hell they’d managed it and wishing we could step back in time to see it in all its’ former glory. We also stopped at times pretending to be very interested in an odd minute detail but, that was cover so we could pretend we weren’t dying slightly from all those steps, the heat and the altitude. 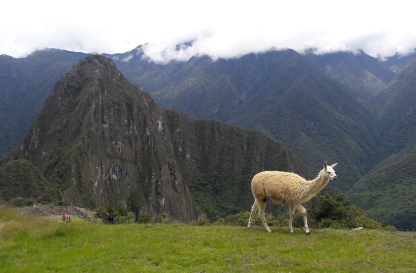 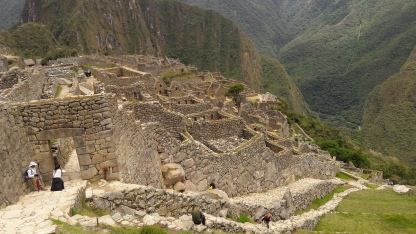 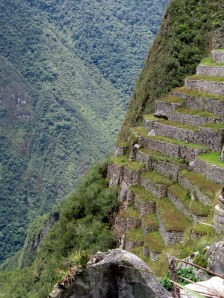 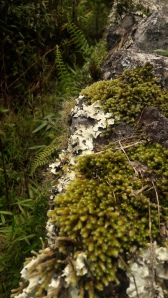 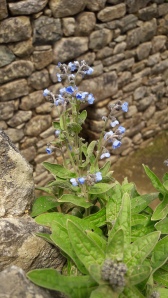 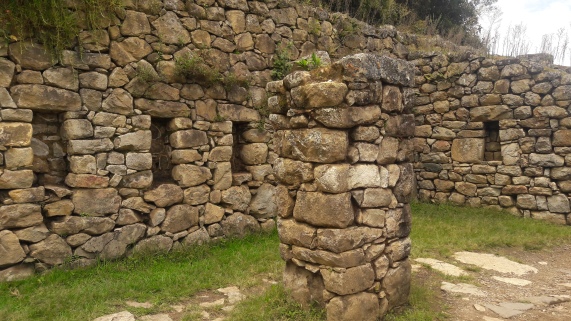 One thought on “1 of the 7 Wonders of the World”