During the last few years the Urban Fishing Cat Conservation Project has focused on the science of conservation i.e. finding the cats to begin with, and attempting to catch and collar the tricksey devils to understand their movements and behaviour in an urban environment. Although this is still ongoing, 2016 is the year for Awareness and Education and every opportunity is taken to publicise the work of the project – even if it takes us to some odd venues. One such opportunity popped up the other day.

I had been sitting staring at the computer sorting 1000’s (yes, literally thousands, I only wish I was exaggerating) of camera trap pictures for over 6 hours, when I finally glanced around and noticed an insistent little icon on my phone blinking away furiously.

Upon inspection I saw it had been sitting there unopened for over two hours – oops! It was from Anya asking me to contact her asap. In true Sri Lankan form we were being asked –last minute of course– to attend an event in a day and a half’s time and give a short awareness talk about fishing cats. We didn’t care that it would be on a Sunday morning: it was a chance to make peoples’ leopard-centric minds aware that there are other cats in the country and that they are sooo much more interesting.

As I gobbled down my breakfast on the morning of the talk I became more and more nervous with every mouthful. I hadn’t done a cat talk before a large group of the public in almost a year. The presentations to 200 school children during World Cities Day last year in Lanka didn’t really count, as I’d been speaking about the otter and that was via an interpreter. The ringing of my phone broke through my thoughts, Anya was here and ready to go. Too late to worry now.

Almost as soon as we arrived we were presented with a second breakfast (despite my height I was beginning to feel like a hobbit) and a commemorative t-shirt. This function was the Go Outdoors Colombo Bird Race and groups of participants had been up since 6am bird watching at various designated sites. The aim of the game was for teams of contestants to spot and identify the highest number of species. There was an array of prizes from bird books to hand-made bird replicas made from recycled material, – oh, and some fishing cat project tops of course. The teams were due back to hand in their lists and devour their breakfast at 10am, which left us only a few minutes to have a wander around the enormous lake we were camped beside, before spouting fishing cat facts. 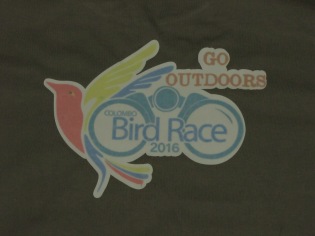 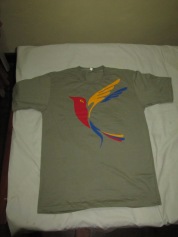 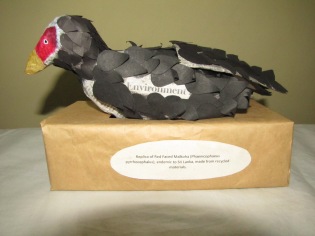 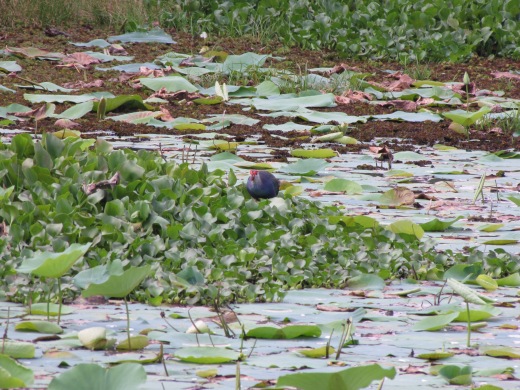 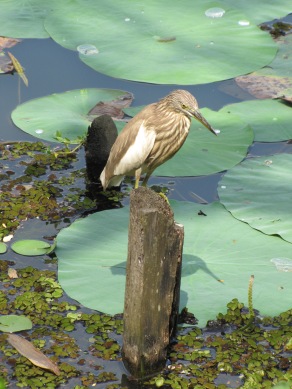 March is one of the hottest months on the island and at 10:30am, despite standing in the shade beneath canvas, it was like standing in a portal to hell. As we talked, Anya about her project and me about fishing cats, I could feel beads of sweat trickling down the back of my legs beneath my trousers. I’d joked about melting before but it was actually happening, I fully expected to disintegrate into a gelatinous mass at any moment. Luckily, my baggy clothes managed to disguise the slime ball that I was quickly becoming. It was definitely a case of comfort over fashion in this heat any day. Despite a few mind blanks at times, the talks were well received and there were lots of questions. Even after the majority of people had fled back to their homes and the safety of their air-conditioning units, a large handful hung around to ask more questions and find out how they could help. Despite being a group of birders usually only interested in feathered fauna, we’d sparked them with an interest for a flightless furry kind of animal that they either knew very little about or had previously never heard of. 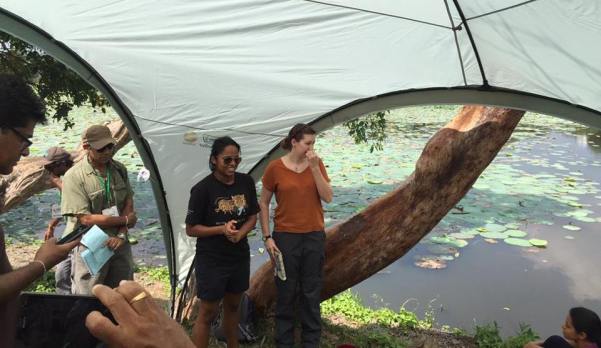 No idea what I was doing at that moment