Upon entry to Sri Lanka you’re granted a 30-day visa, though, like in most other countries, you can stay for up to 3 months – but only if you submit another application to the Department of Immigration. I’d learnt from previous experience that Sri Lanka loves administration; every piece of paperwork has to be scrutinised by at least 5 other people besides the official you originally handed in to. With this in mind, and after last year’s trip, I knew that I could expect to spend a minimum of three hours there. At least this time I had the advantage of knowing where to go and how the whole palaver worked.

Getting to the correct floor was a mission in itself. Just trying to access the stairs was a bit like being in a game of rugby, I had to barge my way through an enormous queue (well, a huddle of people in a vague serpentine form) because they blocked off the entrance to the foyer and thus all the upper floors. Once on the stairs I had to dodge around people coming down and those taking up the rest of the space amassing in another ‘queue’. It was chaos. It hadn’t been quite this bad during my last visit but then last time there hadn’t been an island-wide 7-hour power cut the previous day. The loss of electricity the day before had caused a backlog but we were still experiencing random power outages which ground everything to a halt – not that the process had been particularly fast to begin with! Even after the power returned it was sporadic and the computer systems took an age to boot up.

I was ticket number 55 but that didn’t really mean anything. There were 3 sets of tickets on the go at the same time, D+ number and A+ number. I sat for over an hour and a half before an official began calling numbers to see the first set of administrators. It was obvious that many people had already given up and left, as loads of numbers were called but no one appeared. As per usual, a multitude of people attempted to walk straight to the front of the queue as soon as they arrived and, for once, it was noticed and they were promptly told to go and sit down. 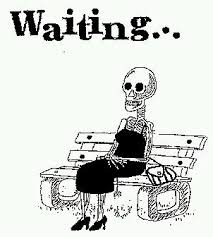 Last time I’d been to see the passport controller it had been like the Spanish Inquisition and she’d looked at me suspiciously during the whole procedure. This time, however, she just glanced at my application, confirmed I wanted a 2-month extension and that was it. I could only assume that either they wanted to get through their backlog quickly so everyone would get what they asked for, or the previous controller – another woman– had just been a cantankerous old coot. Whichever of my assumptions was true (maybe both) it didn’t matter, as I hopped out of the office and went back to playing the waiting game. Within 10 minutes, joy of joys, the power went out again and we were plunged into darkness. With the air-con knocked out too, as meagre as it had been, this was going to be a long wait: things would begin to get ripe fast as the temperature climbed like a half dead rat dragging itself out of someone’s toilet bowl.

When the power finally returned the screens slowly reset and numbers began to ping up. One would sensibly assume that if someone with a ticket number of 1 was processed followed by persons 2 and 3 so the forms would be too, right? Don’t be daft! You need to think of the Sri Lanka factor! Apparently, sequential processing got lost along with the art of queueing. *Ping!* D24 *Ping!* 58 (Oooo, I was in the lone numbered 50’s) *Ping!* 52 *Ping!* D8 *Ping!* 35. Even the greatest mathematician couldn’t work out what order this was following. They’d by-passed my number in both directions; this was going to take a while, (as it turned out, an hour and 40 minutes to be precise). Next it was up to the counter to collect my passport and application form only to walk it across the room to another counter to pay my additional visa fee. Interestingly, on the wall there was a list of countries and how much, per month, people were required to pay depending on their nationality. Oddly (so it seemed to me, anyway) the country that was charged the most was Tanzania. Not so surprisingly it was followed by the UAE, America and us. Annoyingly the other large Western European countries, such as France and Germany, were all charged less than the UK, how very rude!

Unlike my visit to the department last year, this time around the cashier actually had change so no one paid more than what was due. Who knows where the extra money went, definitely not into furnishing comfier chairs that’s for sure. The next part of this process infuriates me. After paying my fee, my passport and form are put into a tray beside the cashier where they sit until someone decides the tray is full enough to walk it across the room, back to the counter I’ve just come from, for it to be stamped. I’d quite happily walk it back myself. But no, that is far too simple and easy and so I plonk down, once again, in a plastic garden chair and wait for my ticket to be called for the 3rd time. 50 minutes later, just as I was considering gnawing on the arm of the Finnish guy next to me, as much out of boredom as of hunger, I hear my number called and was out of there faster than speed on Chuck Norris. 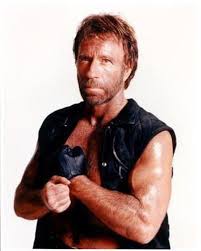