I have no idea how some people manage to look so damn glamorous at the airport; they seem to float around in fabulously exotic holiday clothes without a care in the world. As well as being uncomfortable, boredom-inducing purgatories, I find airports and planes freezing so

I take the Eskimo approach and bundle up in as many layers as possible: I become the Michelin woman of warmth! I may look like I’m about to head out on a trek up Everest (I have my walking boots on as well) but it means that I have spare space in my backpack for souvenirs and pressies. Forward planning, my friends!

Yes, as you may have guessed, I was off again. I’d spent 2 ½ months back in England and although it was a very mild winter, I have to admit I was not made for the cold. If my scarf collection (currently standing at 14) hadn’t convinced me that I don’t like the cold, then almost permanently having the heating on after I got back, did. It was definitely time to seek warmer climates again. Apparently, I’d been a tad more than vaguely helpful in Sri Lanka and Anya wanted me back, so that’s where I was headed.

This time I flew Air India and, joy of joys for the gangly of limb, there was heaps of legroom! As if things couldn’t get better than this, it turned out I was pretty much flying on a plane designed for high-tech fancy people like Ironman! The tint on the windows could be controlled by remote! Why pull a little plastic blind up and down when you can push buttons instead? I was seated next to two of the loveliest middle-aged Indian sisters; we chatted for a bit and then focused on our films. The Hunger Games – Mockingjay part 2 was absolute pants, Dawn of the Planet of the Apes was pretty good and Creed, the newest instalment of the Rocky Balboa saga, was great. All in all the flight was uneventful, not even any turbulence to speak of and no screaming devil children!

My flight path this time took me via Delhi and I was a tad nervous. I had heard terms such as ‘manic’, ‘rush hour on crack’ and ‘confusing’ being used to describe other peoples’ experience of travelling through Bangalore and Mumbai airports, and I’d assumed Delhi would be equally daunting. It couldn’t have been further from the truth. It was very quiet, even at 10am, and the place was easy to navigate. One thing that struck me was just how insanely long the place is. If you wanted somewhere to train for a marathon you’d just fly here and run from one end to the other. The hand luggage checks would’ve been quicker if one particular family hadn’t decided to argue over every unauthorised object they had; the guards weren’t bothered and ended up sitting down chatting to each other instead. We were at a standstill for over 15 minutes. There were separate metal detectors for men and women. The women’s detector was situated inside a curtained cubical and had a rather odd female guard inside. The questions began with a normal-enough ‘How are you?’ and then switched to ‘Do you smoke?’ (No) and then ‘Have you ever smoked?’ (No). She stared at me and seemed bizarrely disappointed, but after a quick wave of her detector wand she let me go. I bounded to the opposite end of the airport because my flight was boarding and –sod’s law– my departure gate was the furthest away. 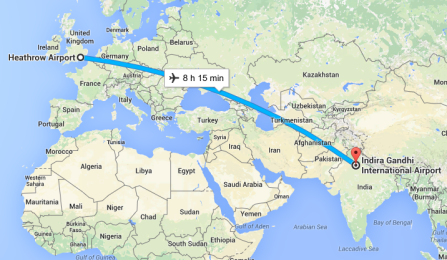 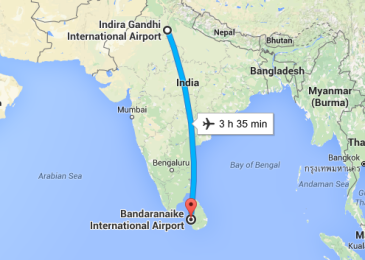 The last leg of my journey was a mere 3 ½ hours and –surprisingly– I was again provided with acres of room for my gazelle-like legs. Things were going well, too well for my liking, there had been no screaming children, ample leg room and nice people to sit next to. Of the three seats in my row only one other was occupied, so neither of us would be squished. Hmm, something had to happen – I’ve never travelled so well before. There were no headphones for the tv. Oh well, if that’s the worst that could happen I didn’t mind, I was shattered anyway and although I never sleep on flights I thought I’d give it a go, so no tv required. Oh how very wrong I was! Little Miss Silent in the corner would prove to be the real issue.

I should’ve twigged that this girl was a bit odd when she kept turning down food and drink whenever offered. What normal human being turns down food? As for the drink side of things, I can only assume she must’ve grown up in a desert as the air con on planes makes me crazy thirsty and she didn’t have a drop. Just as I’d started to tuck into my tray of food the Queen of Great Timing decides it’s the perfect moment to go to the toilet. If there hadn’t been a spare seat between us to put my food on the only option left to me would’ve been to throw it in her face. Yes I was a tad grumpy, I’d just woken up and I was being stopped from eating. As it was she couldn’t go anywhere anyway because the food trolley filled the aisle. Moron. When she barged her way back to her seat there was no hint of apology or thanks in any language.

I eventually fell asleep on to my seat table, somewhat reminiscent of my days in French class, and was zedding away until I was rudely awoken by someone practically lying on top of me. Blearily I looked around, while feeling the sleep rage beginning to bubble, and saw that it was Toilet Girl’s friend or sister or whatever (irritation goes by many names), the circus was definitely in town. I wasn’t entirely sure what she wanted but I deduced it had something to do with filling out their boarding cards. Whether she’d attempted to climb over me I have no idea, but I was now once again, awake, but before I could even attempt to stand she had scrambled over and plonked her behind in the vacant seat.

As my eyes were open and it didn’t look like I’d be getting back to sleep any time soon, I decided to join the party and fill in my card too. Maybe by the time I was done Toilet Girl’s cave-woman friend would be finished too and could bash past me before I fell asleep again. As I leant over the table to fill in my details, 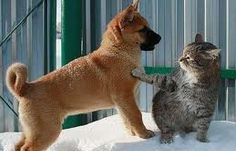 I felt an instant loss of what little personal space I had left as my new seat companion pushed her face to within 3 inches of mine! What the hell? I slowly (horror movie style) turned to face her. We were literally nose to nose! My eyes screamed ‘What is your problem? No response. She didn’t even back away a few inches. Why are weirdos always drawn to me? Maybe she wasn’t sure how to fill in the boarding card but at this point I just didn’t care. I was shattered, uncomfortable, and (oddly) a little too warm. She’d woken me up and hadn’t even been polite about it. I decided to cover my answers like a swot during a school test, and then pointedly folded it up and put it in my book. How the inherent English politeness stopped me from jabbing her in the eyes I just don’t know, but the Vatican should write it up as a miracle. To add insult to injury when I woke up again I noticed she’d eaten my bloody peanuts!

I zoomed through immigration and what-not at Colombo, grabbed my bag, changed my money, received a rose as it was International Woman’s Day,

topped up my Sri Lankan phone and began to search for a taxi to Anya’s. The first guy that approached me received a disappointing shock. I knew how much it should cost, I knew where I was going and basically I knew his game. After mentioning how much I’d pay his broad grin sagged, he said he’d think about it and promptly walked off and up to another milk white tourist. Eventually I found a taxi driver and agreed a decent price. Unfortunately we hit the last rush hour of the day (they have about 3 here) and it took almost as long as my flight from Delhi to get to Anya’s house. During the drive it transpired that the driver wasn’t local and didn’t know the city. I assured him that once we were on the main street in the city (Galle Road) I could direct him. A large part of Galle Road is one way. You have to travel down an adjacent road in order to connect to it at the point it becomes two-way. My guy took a turning too early, twice, which set us further back in the traffic as we had to loop back onto the road we’d just left.

After enduring an Akon CD on repeat 3 times I finally arrived. My sister from another mister greeted me at the gate. I’d been awake about 32 hours, give or take the odd 20 minutes on the last plane, it was definitely time to sleep.

2 thoughts on “The eagle has landed – again”